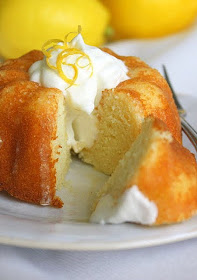 What is it about having a miniature cake to call your own?

Nothing so common as a cupcake, mind you, but an accurate-to-scale mini version of a bigger cake. Something about being in possession of such a diminutive gateau seems to confirm what you, hopefully, already knew about yourself. If that dinky cake could speak it would surely remark, "Hey, you must be extraordinary because you merit your very own tiny cake. You are worthy." 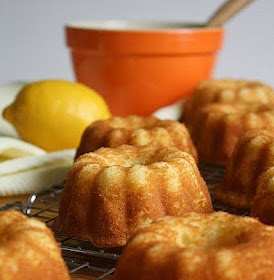 It's a positive development that we Americans, somewhere along the way, reached a stage of gustatory evolution wherein we began to appreciate carefully constructed and painstakingly detailed individual dessert items, versus huge layer cakes predictably blanketed in sugary American buttercream. Cakes that are designed to serve a dozen or more people are good, oh sure, and they have their place. But let's face it, they exist to feed the masses. They don't care who you are, particularly. 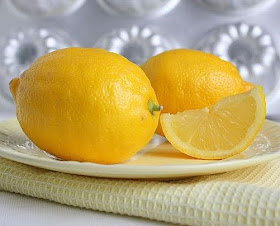 The mission of a super-sized cake doesn't involve catering to the different tastes of each person in a crowd. On the contrary, everyone gets the same thing. A huge cake lives to serve by being sliced up equally. Take it or leave it. One size fits all. You don't like frosting? Gosh, that's tough. Scrape it off with a plastic fork and don't forget to dump your soggy paper plate in the trash on your way out. Not a pretty scenario. 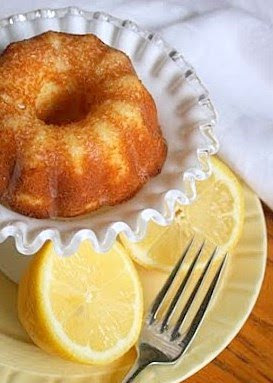 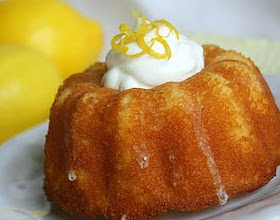 So when the craving for a sweet possesses you, don't you find it reassuring to have the option of selecting one single-serving dessert--modestly portioned, artfully prepared, and seemingly unique? Of course you do. After all, sometimes all you want is one little thing. 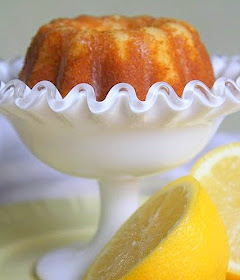 Which brings me to today's lemon yogurt mini-bundt cakes. Neither complex nor time consuming to make, these baby bundts are delightfully presentable. Ultra moist and very tender, this cake falls on the texture spectrum somewhere between a butter cake and a soft pound cake. You can make these as 12 mini-bundts, or 24 cupcakes. (If you're brave, you can try it as one large bundt, too, but doing that apparently makes this recipe less predictable and more prone to producing a dense/fallen cake, just fyi). You can choose to make the tangy-sweet, limoncello glaze thin enough so that most of it demurely soaks in (as I did), or mix it thicker and slather it on as a flashy embellishment. You're the driver.

See? It's all about choice. I love having choices. I know you do, too. 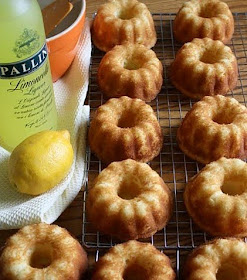 I adapted the cake and glaze recipes from Baking at Home with The Culinary Institute of America, a volume that's on own my short list of highly admirable cookbooks. 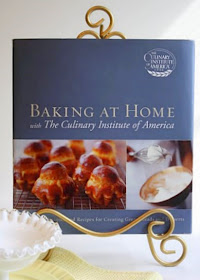 What did I alter? Well, instead of using buttermilk in the cake (the book's recipe is called "Lemon Buttermilk Cake") I substituted Greek style plain yogurt, along with a few tablespoons of milk to smooth it out. 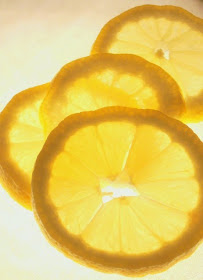 And, there's no limoncello in the CIA formula, but I suspected that it would tag along perfectly with the existing flavors, so I added a smidgen into the cake batter in place of some of the lemon juice, and also used it with lemon juice in the glaze. (A popular Italian liqueur, it's such tasty stuff. If you've never tried it, you might want to get some, but if you prefer not to use it you can always omit it from the recipe entirely and go with all lemon juice. The cakes will still be luscious.) I also reworded, and slightly revised, the instructions. 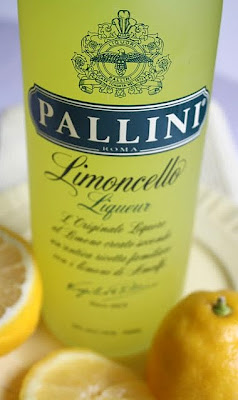 Preheat oven to 350 degrees. Liberally coat with baking spray, or thoroughly grease and flour,  pans for 12 mini-bundts, or 24 cupcakes.

In a medium bowl, sift together the flour, baking soda, and salt. Set aside.

In another small bowl, stir together the yogurt and the milk just until smooth.

In a stand mixer, using the paddle attachment, cream together the butter, sugar, and lemon zest for about 5 minutes, until smooth and light. Stop to scrape the bowl periodically. 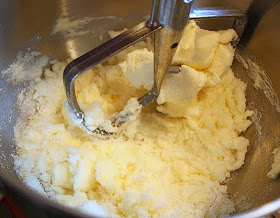 Add in the eggs one a time, still at medium speed, scraping down the bowl between each addition. Mix well after each egg. 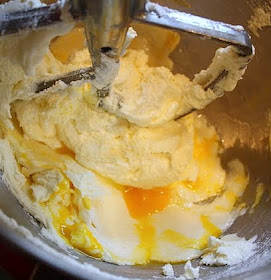 On low speed, add in the flour mixture alternately with the yogurt in three additions. Mix just until incorporated. Increase the speed to medium and mix for 2 minutes more, until the entire mixture is smooth and light. 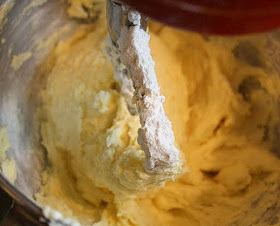 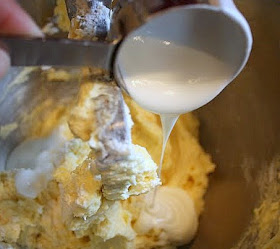 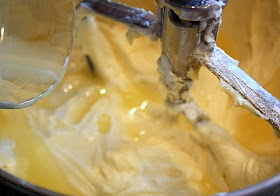 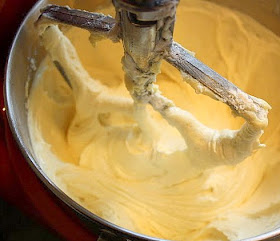 Portion the batter evenly into your pan(s); smooth the top of the batter. 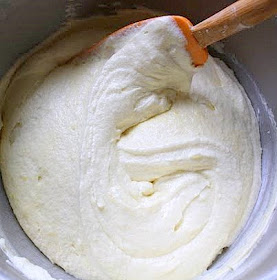 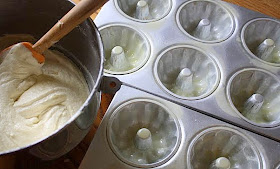 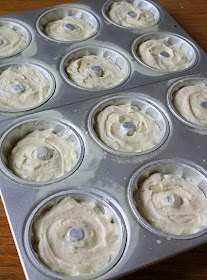 Bake until the center of each cake springs back when pressed lightly with a finger, and a toothpick inserted in the center emerges clean. This will be about 15 minutes for mini-bundts or cupcakes (if making minis or cupcakes, don't wait for the exposed part of the cake to look golden brown; golden around the edges is enough). 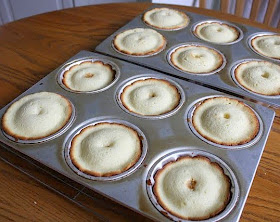 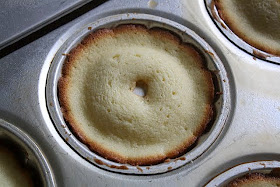 If you've made the cake in mini-bundt pans, let them cool for about 10 minutes before inverting the pans onto a cooling racks to remove the cakes. If you've baked cupcakes, give them no more than about five minutes in their pans before carefully removing to a cooling rack. 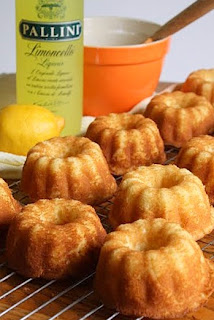 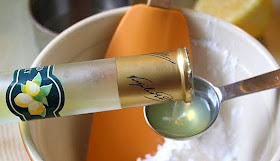 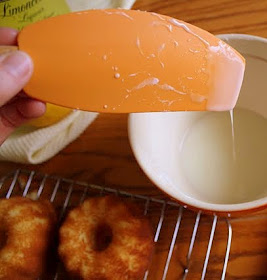 To apply the glaze, place the cooled cake(s) on a cooling rack set over a rimmed baking sheet. Using a spoon, drizzle the glaze liberally over each cake, allowing it to drip down the sides. Let the icing set for about 15 minutes before moving the cakes. 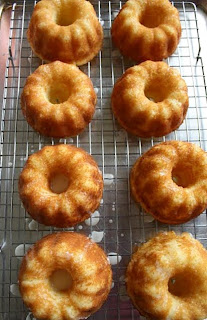 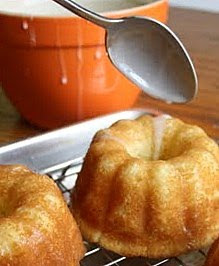 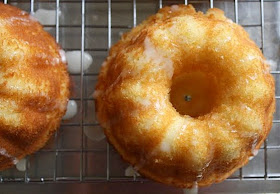 If you like, serve each cake topped with a little unsweetened whipped cream and some lemon zest curls. Yummy. 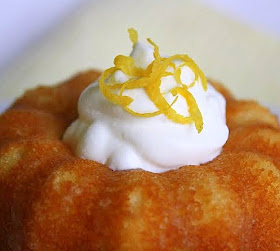 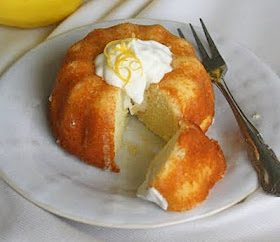 I have heard from dozens of bakers who've tried this recipe since I first posted it almost three years ago. About half of them love it and got great results, and about half had cakes that were extremely dense and disappointing. Based on reader feedback, it also seems like this recipe is more predictably successful when made in mini-bundt pans, versus one large bundt pan. So, that's something to consider before giving it a whirl.

In light of the inconsistent results, if you still want to try it in one large bundt pan, I am recommending (especially if you don't bake bundts regularly) that you visit this link before you start the recipe:
How to Bake the Perfect Bundt Cake (http://www.nordicware.com/files/bake-perfect-bundt.pdf)
It contains helpful hints on baking with bundt pans and may help you to achieve success with this formula as one large cake. Nordicware is the original creator of the bundt, and they are the true experts. I trust their advice.

Thanks very much for visiting and for providing me with honest feedback. It's always appreciated.